Did I spell skillet correctly?

Anyways, My lovely and beautiful mother went grocery shopping and bought those new Velveeta Cheesy Skillets. I mocked her for doing so just a little bit.

But I find myself writing about it here. 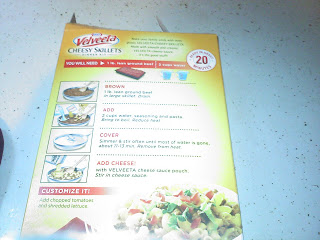 So I have a picture of all the ingredients.
So, I opened the box. 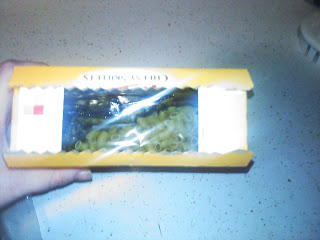 And found presents inside!
Ok enough with the sarcasm. (I totally had to look that up as spellcheck thought I was trying to type scar face. )
I browned the hamburger.

Then I added the water and seasonings. 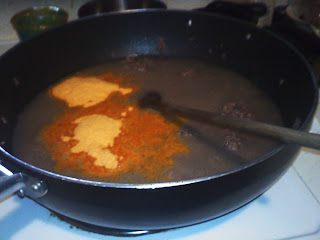 Then added the noodles after I stirred it. 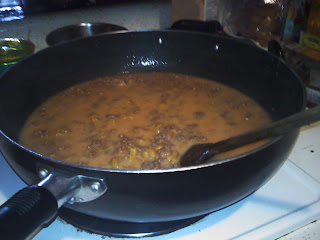 Then cooked it covered until the water was mostly gone per the package directions. 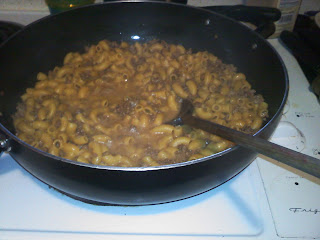 Then added the cheese. 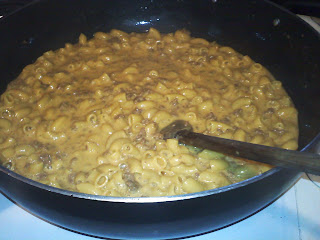 Here is my bowl. 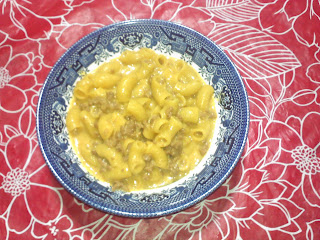 I thought it was going to be kinda bleh like hamburger helper. It was surprisingly good. Seriously. I was totally planning on mocking the hell out of this. But it was good.

Was way easy to prepare. I recommend using this to teach your teens to cook.

Also I would like it noted that everything was easy to open except the stupid cheese packet. Needed scissors for that. I found it amusing. Am probably the only one.

Check these people out.